Skip to content
Posted on November 22, 2015 by Jenna Brownson

I usually write first thing in the morning.

Everyone’s asleep. The house is quiet but for those sounds of the water clunking through the pipes bringing heat to chilly bedrooms and the intermittent bird perching at the window-mounted feeder. These sounds don’t begin until 5:30 and dawn, respectively. With recent daylight saving, one preceded the other; but recently, they flipped.

Most people I know like the quiet to write. I do, too, generally. However, there have been some times in my writing when I happen to feel the need to listen to something while writing.

Eg. One of my characters owns a coffee and gourmet scone place. He plays jazz for his afternoon customers. When I was writing about Michael and his restaurant, I listened to “‘Round about Midnight” by Miles Davis. I was listening to it so much so that Michael and a customer of his get into a debate about the historical merits of this album, which according to most experts is the ‘greatest jazz album of all time.’

I’m taking suggestions as to good background music to write to for either. 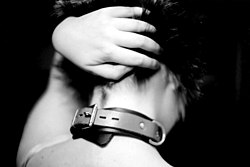 7 thoughts on “Looking for the Right Soundtrack”