Skip to content
Posted on December 31, 2015 by Jenna Brownson

Every New Year’s Eve since I was old enough to make grand statements about how I wanted my life to be, I’ve been making New Year’s resolutions. It’s probably fair to say that this annual habit began in the early 1980s.

(I make this claim based on a document I found titled “Will” and dated October 5, 1979 wherein I bequeath my dolls to my younger sister and all my money to “Save the Seals.” Clearly, personality and political leanings are established early in life.)

When I celebrated my first New Year’s Eve with Rob at the close of 1995, I decided to refine the task of making resolutions by making three categories. Those are as follows:

Take Away: (from yourself some bad habit/influence in your life which no longer serves you.)

Give To: (yourself some intention or purpose or indulgence which will bring joy to your existence.)

Give Back: (to your family/friends/community some of your time/talent/energy which will be appreciated and/or helpful.)

And get this: I recorded them all, in the same address book, since 12/31/1997. I thought it might be fun to look back to see what sort of life-changing declarations Rob and I set down. The transcription is made without editing.

At the close of 1997, Rob and I (unmarried/childless) were together in a rented flat in Budapest, Hungary. We’d met up in Vienna: I flew in from Riga, Latvia; Rob came from Boston. I was six months into my two-year Peace Corps stint. I wrote:

Take Away: Cease with the toilet tongue.

Give To: Continue commitment to my new life as a non-smoker.

Give back: Complete a community service program for elderly/teens.

Take Away: Email from home.

Give To: Build a better relationship with Singha.

Give back:  (left blank)

On 12/31/1997, I made margin notes as to our “success” in accomplishing our resolutions. In order, those notes read:

No/98 re-solve — diagnosis dependent. (Side note: I think this refers to my dad, who two weeks later was diagnosed with Stage IV pancreatic cancer. I must have paired the smart choice not to smoke with his death-sentence diagnosis. For the record, I did not quit smoking upon learning of his incurable cancer and impending death. In fact, I think I smoked more.)

Yes/playground. (Side note: My Peace Corps service project in the summer of 1997 was to build a playground with teenage girls. We did. It was awesome.)

No/no problem. (Apparently, Rob had thought it wise to only use email from the computer lab at his grad school. The note makes me think that he was unable to control his domestic clicking but by 12/31/1997, he didn’t see a problem with that.)

There is no note next to Rob’s “Give To” resolution. Singha was his dog. She adored him. I’m not sure why we didn’t give Rob credit for succeeding in this resolution.

Give To: A Hobby. Yes-Beer Brewing

Take Away: Gluttony. In part (Side note: I haven’t a clue how my “gluttony” was exhibited back then. Knowing myself, I probably left it intentionally vague for fear that someone might find the specificity off-putting.)

Give To: Pre-baby body in gestational time. Yes (Side note: At the time I made this resolution I was thirty-seven weeks pregnant with baby #1. I figured 40 weeks was a fair amount of time to regain my physique after his birth.)

Give Back: Drive without Anger. Much better

It probably comes as no surprise that as I skim through the pages of the book I see many more margin notes which read “No” than which read “Yes.”

There is a lot of pressure to adopt the “New Year, New You” mantra. We have a collective cognitive dissonance in believing that the northward alignment of the hour, minute, and second hands — resulting in the flip of a page in a calendar — will magically transform our entrenched habits.

Despite my recurring “failures,” I’ll be setting down a three-part set of resolutions this evening. I like to think of them as optimistic intentions rather than delusional goals.

And maybe a year from now, I’ll be a different person with 365 days of “new me” behind me.

Or maybe I won’t. 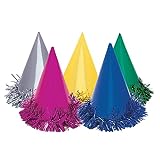 One thought on “Take Away, Give To, Give Back”