Skip to content
Posted on January 2, 2016 by Jenna Brownson 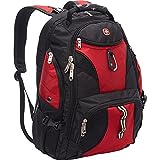 When I got to my first yoga class of 2016 yesterday morning at 9:30, I was more than a little surprised to see only two other attendees. The year before, the 1/1/15 morning class was packed full. Now it might have been the icy conditions which kept people at home yesterday, though I wonder if they had some sort of sixth sense to know that the instructor would be putting significant challenges on the thighs, the intellect, and spirit of the three women caught on their yoga mats for those 90 minutes.

For many, the practice of yoga is a physical endeavor. This is reasonable when someone signs up for an hour and half of “power vinyasa yoga” in a room which is heated between 90 and 105 degrees. You’re going to break a sweat, especially when she keeps you in a pose for longer than you think your upper legs can handle.

For others, the practice of yoga is a mental endeavor. This is reasonable in our culture of achievement and self-improvement. Hearing the instructor coach you to “go to your edge” and “challenge yourself,” there’s no way to not try to meet the stated expectation.

For a few, the practice is, necessarily, a physical one designed to quiet the mind chatter so that there can be gleaned moments of insight and peaceful reflection on nothingness. This is humbling when the instructor brings you into a guided mediation about your metaphorical backpack full of rocks.

At the start of class, my instructor had us in child’s pose.

Positioned that way, a yoga practitioner is permitted to focus on breathing and rest. It was in this pose that the instructor began leading us through the image of having a backpack full of heavy rocks pulling us down with the straps cutting into our shoulders. Once that not-so-pleasant image was established, she suggested that backpack was full of “things which no longer serve you.”

She said, “The rocks could be symbolic of something big like a job or a relationship; they could be something small like a poor choice or a ill-conceived notion about someone or something. Whatever it is, feel it in there, pulling you down, causing you stress and pain and anxiety. Now picture taking that backpack off and placing it to the side of your mat. Slip it off and put it to the side. You don’t need it anymore.”

And herein lies the challenge to the spirit piece:

Being honest enough to recognize what weighs me down and giving myself permission to be done with it.

It’s easy to put pebbles in that metaphorical backpack. It’s harder to pack up the boulders. Because the cognitive admission that X is “not serving” me means I know it brings me no value. But zipping up the backpack with X inside also means that I might never get to spend time with X anymore — that I’m killing off X. And X and I had some good times together. X brought me tremendous happiness. And while I might feel hurt, even betrayed by X, shouldn’t I forgive X and try to let X redeem itself to me?

Not according to my yoga instructor.

X needs to be “placed to the side.”

I managed to put X into that imaginary rucksack yesterday. I put it to the side of my mat and left it there. It spent the night at the yoga studio. But I’ll be back over at the studio in an hour.

I haven’t decided if I’ll unzip it and pull out X for a few minutes of quiet interaction or if I’ll just imagine it there in — perhaps where it belongs.

For today, I can’t imagine not having the chance to access X when I want and hope that my instructor will be patient with me and not insist that I drop it into the dumpster on the way back to my car.

3 thoughts on “It’s Full of Rocks”