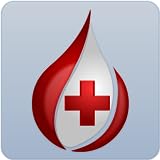 Yesterday, I gave blood at a Red Cross Blood Drive in my town. I’ve been doing so for two decades. While I was deferred for long stints of time due to my pregnancies and was physically unable to get to a blood drive for the two years I lived overseas, I have been consistently dedicated to donating blood.

People need it, I’ve got plenty, it’s not big deal.

Yesterday, I said, to myself, this is the last time I’ll ever donate for Red Cross.

Yesterday, I had an appointment. I was given a large “I MADE A DIFFERENCE” name tag sticker with “Jenna” written in the middle and a tear-off slip if paper with “#11” printed on it.

I was handed a booklet, told to read “the materials,” and directed to sit.

I read the booklet, returned it to the check-in desk, and sat, and sat, and sat. Thirty-one minutes later, the “manager” of the blood drive came over to the four rows of chairs, facing away from the happenings in the large open room, and said, “Fourteen.”

She smiled, a mix of confusion and criticism washed over her face, and said, “You haven’t been called yet?”

When people ask questions this moronic, I am momentarily dumbstruck, however, I knew I had to speak quickly for fear #14 would stand up and take the slot.

While I wanted to either inquire where she got her Ph.D in obvious or why she was asking such a stupid question, I, instead, stood, handed her my #11, and followed her to an interview table. On the way, I asked, “Why is that the Red Cross asks for people to make appointment times and then has no regard for that?” She looked over her shoulder, dropped my #11 into a short pile with the other discarded slips, and pointed to the right and said, “You can have a seat there.”

I said, “This is not the first time I’ve had an appointment and have waited for long periods of time. It’s been over half an hour.”

“I don’t know why you didn’t hear someone call out your number.”

I said, “I went to the bathroom for all of a minute. But that shouldn’t matter. You give people numbers. This implies that you’re going to take them in numerical order. When your staff person called out “#11′ and got no immediate response, why didn’t someone ask who got ‘#11’?”

She pressed her lips together, tipped her head, and said, “Someone will be right with you.”

As she turned to go, I said, “You didn’t answer my question about appointment times.”

And there I sat, again.

It is important to note that I purposely did not make “a scene,” thinking of my mother who would be horrified to know “her daughter” caused a ruckus at a blood drive “of all places.” For that matter, I didn’t even raise my voice.

In fact, my tone was one of real curiosity. Why ask people to make an appointment and then make them wait?

Plus, I get the sense at these Red Cross blood drives — with all their repeated questions as to name and date of birth — that were I to doing something slightly radical — like, in this instance, press my question — I’d be running the same risk as someone in a TSA screening line saying the word “bomb” and be put on the forever “no-fly” list.

(Side note: one of my biggest fears in traveling with my children is not the presence of an actual bomb, but rather one of them saying “bomb” and getting us all kicked off the plane for which I’d purchased non-refundable tickets. Despite what I imagine would be rage over the situation, I would have to admit it was my fault for having made such a big deal about not saying “bomb” every time we get in the car to drive to Logan.)

I sat and waited some more.

A bit later, the woman who came to conduct the interview was cloying in her tone and cheerfulness. She either heard my interaction with the manager or was warned of the “problematic donor at interview table four.” When my iron level read “12.3,” she said, “It has to be 12.5 or higher. Has you been deferred in the past for low iron?”

“I can defer you today or you can be tested again.”

Instead of reaching for another finger-pricker, she stood and said, “I’ll send someone over. It’ll be a minute.”

I didn’t even bother to inquire why she couldn’t do it. I credited her departure on Red Cross’s rules and unexplained procedures.

The manager was the one to come back and put the Lucite shield between us and take blood from my right middle finger. It took less than a minute. I could have asked, for a third time, about the Red Cross’s disregard for appointment times. I didn’t for fear that the actual blood taker would root around in my vein as punishment.

The “blood technician” opted for an exterior vein which I told her “rolled.” I suggested she use the one in the crook of my elbow. She replied, “I’d normally use that one, but it didn’t pop right up — probably because you haven’t had enough to drink today.”

I said, “You clearly know better which looks more promising.”

She used the “rolly” one.

While I can usually fill a bag (600 ml) in four or five minutes from that interior vein, yesterday, it took twenty-one minutes.

Twenty-one minutes on my back, squeezing a ball, and wondering why there was an electrical outlet in the ceiling. Twenty-one minutes for me to contemplate whether the slow draw was due to the needle site or to my feeling so frustrated that my body didn’t want to be altruistic despite my choice to be there. Twenty-one minutes to be told, “Well, we got the 600, but you were a minute over. The time limit is twenty. I can’t say for sure if your blood will be used. I probably should have gone with the vein you suggested.”

Giving blood yesterday made me want to draw blood.

I’m eligible to donate again on March 3rd. I’ll do it, but I’ll be going to my local hospital’s blood donation center instead. While it’s a forty minute drive there and back, there’s never been a wait, they always go for the interior vein, and they only ask me my name once.