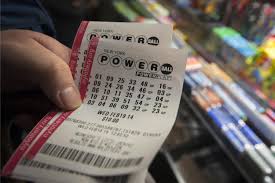 I figure that “one in zero” is akin to the mathematical notion of “divide by zero.” It is “undefinable,” which I imagine will be the prospects of whomever manages to get those five white balls (1-69) and then the one red ball (1-26) to come up in a few days.

There simply is no way to wrap one’s mind around that kind of money. Even if you opt to take the one-time, lump sum payment (which is not the full estimated $1.3 billion) and pay the tax on the winnings, you’d still be sitting on a mountain of money. That mountain is estimated to be about 1/2 a billion.

I have never purchased a Powerball ticket. My husband bought one a couple of years ago when the jackpot reached $300 million. And now, it’s more than four times that amount.

(It would come as no surprise to me if he went out and got four tickets. In fact, he might even ask each of our four children to come up with their “picks” for the upcoming draw.)

Those years ago when he came home and announced he’s just purchased “the winning ticket,” I believed him and immediately began making my mental shopping list. (I’ll be honest and say it didn’t begin with “charity.”)

The first thing was a comfortable, but no-need-to-be-palatial, apartment in the heart of Paris. My French isn’t even all that good. But with that kind of money I could hire a translator.

The next thing on my I’m-now-filthy-rich purchasing list was my present house. I’d pay off the mortgage, pay estimated real estate taxes upfront for forty years, and make some general improvements: new roof, pave our 500-foot driveway, hire a landscape architect to make the curtilage look like Fallingwater, radiant flooring, maybe a koi pond.

Fourth item: a new car. I’d get this one: 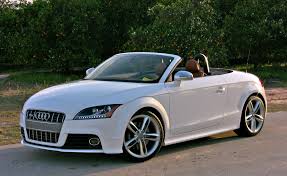 After that, I’d put $5m into retirement and $3m for each kid to get upon marrying or reaching age thirty.

Maybe the claim of “undefinable” is a bit hyperbolic: I was able to “define” five ways to spend the cash. But now, I’m out of ideas.

So, the balance would go to charity. Seeing as though I didn’t spend all that much of my 1/2 billion, the majority of the bulk would be thoughtfully distributed to worthy causes promoting environmental protection, healthy lifestyles, and the arts.

And that’s the draw: it’s a small investment which, if nothing else, fuels fictional grand fantasies of opulence and prosperity. And for two dollars, that’s a pretty good deal.

11 thoughts on “A One in Zero Chance of Winning”