Today, for most, is Saint Valentine’s Day. For me–or perhaps more precisely, for one of my favorite characters–it is Mitch’s birthday.

Mitchell McLaren Bradford was born on February 14th, 1953. Mitch had a pretty typical middle-class childhood. He went to college, then straight to law school, passed the bar on the first go, and began his career as a criminal defense attorney.

Mitch has defended every crime from shoplifting to murder. The defense of Sydney Carlton (two counts of second degree murder) was one of the plot lines of my fourth novel, Double Dirty. The defense of Bobby Lorello (one count of assault with intent to rape, one count of solicitation) and Arman Turani (one count of domestic assault and battery) give texture to the story in my seventh, Accidental Gravitas.

Mitch’s parents are both deceased, and he is the older brother to twin younger sisters, who live on the other side of the country.

Mitch is twice divorced, no kids, ridiculously successful, and prone to bouts of loneliness.

He is an expert vodka martini maker — and an expert drinker of the same. His female peers, both attorneys and judges, like him, though not enough to cross the line into romance. Which is hard to believe. Mitch is good looking, despite the midlife paunch; well dressed, note the Cartier watch; and classy, check out his vintage Jaguar XJ-S.

It’s Valentine’s Day. Not only does he not have a date, he’s going to be alone on his birthday because anyone who he might otherwise spend the evening with is otherwise occupied, thanks to the “holiday.”

All of which makes me sad for him. I like Mitch.

So to all the lovers out there, I hope you all make the most of this most romantic of days.

But to Attorney Mitch Bradford, I truly hope you have a happy 63rd. 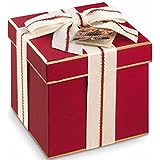