Arguments have been made that literary agents and publishers prefer to represent and distribute work done by men over that done of women. While there is no scientific studies I can point to, there is certainly enough anecdotal evidence to lead a female writer to wonder whether the lack of interest in her work is about the work or about the name accompanying it. My suspicion is that any woman in a male-dominated profession has come up against these stereotypical obstacles. Whether is be the law, STEM-based professions, politics and the like, some have disguised their femaleness in order to leap those hurdles.

Sandra Day O’Connor wasn’t appointed to SCOTUS until 1981. She is one of four women of the 112 Supreme Court judges in U.S. history. This, despite the fact that since 1992, law school enrollment has been equally split between men and women.

Articles like this one illustrate the matter with respect to science.

We all have seen the double standard applied to women politicians. Here’s a  link comparing the volume of a female politician versus male ones.

And when it comes to writing, there very well may be the same hurdles. I think of S.E. Hinton, J.K. Rowling, George Eliot when it comes to writers with ambiguous, or even, “male” names. I wonder whether my stories would be welcomed and indulged were I to become “J.K. Brownson” or “Blake Brownson.”

This morning I was wondering it so much that I went ahead and created a nom de plume. Over the next few months, I’m going to see whether it matters. The report from my experience will be anecdotal, but it will be mine.

As much as I have heard, “In the end, it’s all about the writing,” I can’t help but wonder whether it’s the writing and the 23rd chromosome. 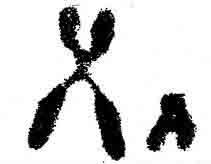