Rob and I were greeted with a genuine smile by a woman we had never before met and invited to come into her classroom, the same place where my 11 year old had recently been learning all about the “order of operations.” As we only had fifteen minutes, I jumped right in stating my concern over what had happened on Friday. She nodded and said, “Before we discuss that, I want you to know that your son is one of the kindest and most thoughtful students I have.”

Wow. That wasn’t what I was expecting. Her words–paired with her gentle greeting–set the tone for the next quarter of an hour. She explained that when our son made his out-of-character comment, she told him that it was unnecessary and then informed the class that they were going to move on. Afterwards, she reported my son’s atypical behavior to his classroom’s assistant teacher “out of concern” that “something might be happening for him” which she wouldn’t know about as she only has him for that one short class, i.e., she’s not his regular teacher. She said she knew the assistant teacher spoke to our son on Friday because on Tuesday the regular teacher spoke directly to her about the “incident” on Friday.

We thanked her for her time, but before leaving confirmed that she considered our son’s behavior, and her addressing of it, over and done with right then in class.

As we had fifteen minutes before meeting up with his regular teacher–the one who kept him in for recess to write a note of apology, we found our son on the playground and asked him about his interaction with his assistant teacher on Friday. He said, “Yeah, she told me that I was disrespectful and that I was going to be in a lot of trouble.”

It was unclear when “concern” for out-of-character behavior got ratcheted up/labeled as “disrespectful.”

We have no concerns about our son’s academic progress or social integration at school. When the regular teacher wanted to show us standardized test results (which we don’t really care much about) and our son’s most recent report card (which we’d already seen), we turned the conversation to “what happened Friday.”

She explained she wasn’t in school that day and with Monday being a snow day, she couldn’t address it until Tuesday.

Rob asked, “Address what? What rule did he break?”

The teacher explained that he was disrespectful. We recounted for her our conversation–of less than an hour ago–with the math teacher who did not characterize his behavior that way either in the moment to him or, reportedly, soon thereafter to the assistant teacher.

She parried with, “That’s not what she told me on Tuesday.” She then added that my son, when she took him into the hallway to address the events of Friday, said his behavior was “disrespectful.” I’d argue that he had heard this label on Friday from the assistant teacher and perhaps thought that were he to adopt the adults’ labeling of his humorous comment, he might avoid the punishment that was threatened by the assistant teacher.

The teacher then told him he would need to “stay in from recess” to write a note of apology.

Then with a straight face, she said, “Staying in from recess is not done to be punitive.”

If her seriousness weren’t so obvious, the statement–assessed by any objective standard–is not only incredible (read: not credible) but also ludicrous (due to its total lack of support by any evidence based in reality.)

Ask 1,000 people what it means when a child must stay in from recess because “the teacher said so” and 999 of them will ask “what did the child do to get in trouble?” (The 1 holdout will be some quick-thinking, creative mind who wonders whether the child is running a 104 degree fever.)

Not meant to be “punitive”?

I said, “Bullshit.” (I’m not proud of having used profane language, but in my defense, I was going to say, “You can’t be fucking serious.” So the way I see it, I dialed it way down.)

Then there was the apology note itself. I pulled it from my purse and asked her why she made him do this. She said it was her “philosophy.” I made the point that her response was, in effect, non-responsive to my question. She said, “I wanted him to internalize his behavior, reflect upon it, and then take responsibility for it.”

My question to that was, “Had he not proven to you in the hallway that he had ‘internalized’ and ‘reflected’ well enough? Why did you need to put the screws to him by punishing him?”

“It was not meant to be punitive,” she restated.

I quashed the urge to call “bullshit” again and moved on to illustrate that the only reason my son wrote the apology note (for something he meant as a lighthearted joke) was to meet her demand, get away from her, and get outside for the rest of recess with his friends.

When his teacher reiterated that the intent was not to be punitive and that we could continue the discussion at a later time as she had another conference waiting, I said I was all done talking about it with her.

I’m off to yoga for an hour.

Thereafter, in all my sweat-soaked yoga attire, I–along with Rob–will be meeting with the principal. (Side note: I sent him yesterday’s blog post to ensure he’d be up to speed.)

Staying in from recess to write a meaningless apology: not meant to be punitive?

You tell me how any 11-year-old would see it? 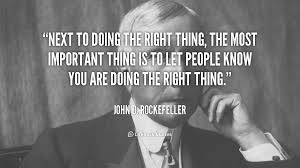 2 thoughts on “The Protection of Children”