Income, religion, and politics: The three things people should never talk about and reasonably hope to remain friends. On Friday, I blogged about local politics. My thoughts focused primarily on the option available to members of boards and committees to abstain from voting on any issue brought properly before them.

The way I see it, there are three options: yea, nay, and recusal. Recusals are to be used when a member, who otherwise would be permitted to vote, has a conflict of interest and then publicly articulates why his/her vote would be improper or appear improper due to the stated conflict and the perceived bias. Barring self-interest and a subsequent recusal, these board and committee members have only two choices: voting yes or voting no when a matter is properly before them.

Now you might have noticed that I have twice used limiting language, that is, “properly before them” in the paragraphs above. This was intentional because quite a lot turns on that phrase.

A week ago, our local board of selectmen abstained from voting on one of the current controversial issues that is up for Town Meeting debate and a vote two weeks from today. The board claimed that because the matter was brought forth on a citizen’s petition, rather than by one of the elected boards, that “as a matter of practice,” elected boards in town do not take a position on citizens’ petitions.

Well, this is bullshit.

At the May 2009 town meeting, lots of citizens’ articles were voted on by boards: the Finance Committee supported the then-controversial proposal to fund a study relative to the status of our track and field facilities and the Board of Selectmen voted on three zoning amendments–all of which were proposed by citizen ballot.

May 2009 wasn’t the last time an elected board took a position on a controversial citizens’ petition. It’s happened since then as well. To be fair, it doesn’t happen all that often. Rare is the participation in my small town that comes from the grassroots up. But when this sort of “democracy at its finest”–enshrined in the 1st Amendments guarantee of the Right to Petition–does happen, boards and committees in town have taken a position.

When I learned last week that the board of selectmen abstained from voting by asserting that this was their expected course of conduct, I was disgusted. The matter was properly before them. They didn’t do their jobs. Every one of them shirked the responsibility placed in him/her by not only failing to vote but being disingenuous about why they didn’t. The board took a false “this is out of our hands because boards simply don’t vote on citizens’ petitions” stance. Their abstention is a political embarrassment.

Then when I learned on Thursday night that two school committee members, both of whom I respect, abstained from voting on a different article albeit centered on the same controversial topic, I pretty much lost my mind. You see, I expect little from our board of selectmen.

(Side note: the reasons behind this statement are based on fairly recent first-hand observations which could never be thoroughly addressed in a short blog post. Lucky for me, I write novels.)

Of the two men on the school committee, I expect a lot. Neither is a political wallflower. Both have asked those “hard questions” time and time again often resulting in the two of them being the “2” in many 3-2 votes.

On Friday, when I sat down to write about abstention as a tool for the cowardly and weak, the timing was such that it directly pointed to the two school committee members. This timing I regret. Moreover, it wasn’t until I had a chance to sit down with one of them and learn why he–and presumably the other member–opted to abstain.

And here’s where we get back to that limiting language of “properly before them.” It was made clear to me, during my chat with one of the school committee abstainers that he simply didn’t have enough information to vote–either way.

He was not convinced that, at the time of the vote, that the proposal was the best way to address the matter, nor was he convinced that it was the worst way to fix the problem. And like any thoughtful and intelligent person, he wanted to have more of his questions answered as he had concluded that–as the proposal read at the time of the vote–it was not possible to make a truly informed decision; and therefore, the matter was not properly before them.

I asked him why the school committee didn’t table the matter until more information could be gleaned. He said that was attempted and shut down. In the end, three members voted to support the article and two– the two who I think do their homework and really study the issues–abstained. I was told that because he was unable to wait to vote, he felt like his only real choice was abstention. And now that I better understand his position, I respect it.

However, this doesn’t change the fact that I still believe that abstention should be outlawed. As elected officials, these (mostly) men were charged with taking a position on every matter, every time. Yea, nay, or recusal. If there lacks enough information to make take informed vote, the matter should be tabled.

On the controversial matters, these (mostly) men might have to come to grips with the fact that they could lose friends, adulation, and respect. They may even lose future support when they run for re-election. But you know what, that’s part of the job these (mostly) men signed up for. So stop claiming you’re off the hook, grow a pair, and take a position. 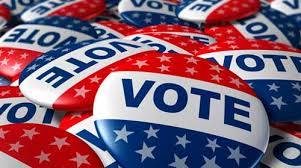 2 thoughts on “In Light of the Conversation: Something of a Retraction”