Skip to content
Posted on April 26, 2016 by Jenna Brownson 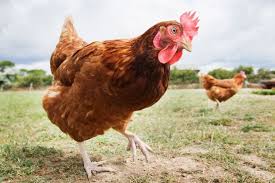 Ever have one of those words that you hear frequently, and from the context pretty much know what it means, but you aren’t completely sure?

For me, that word has been “insipid.” I’ve been familiar with it for years but have avoided confirming for myself its official, dictionary definition, until this morning.

A friend recently used “insipid” to describe a collection of artwork she’d seen. In the moment, I drew the conclusion that the art was “commonplace” and “trite.” This morning when I pulled up the meanings in the definition, those two words were included as synonyms under the second-tier descriptor: “lacking vigor or interest.”

I consider every good word discovery as one which includes learning about the origin of the word. Insipid comes from the Latin “in-” meaning “without” and “sapidus” meaning “flavored.”

While the origin is mouth based, not eye based, we are–as a species–very visually centered. Of our five senses, vision is the sense which uses the most brain space.

Even in language, we have many, many more words to describe how something looks than we do to provide details about taste, sound, feel, or scent.

It is curious how this word has expanded beyond its “taste” definition to one allowing for “appearance.” When there is a word which so beautifully captures the essence of a singular way to describe a thing, why must we extend it beyond its reasonable reach?

It may be simply due to convention or convenience. It could be done out of ignorance paired with a wish to appear well educated. (Side note: I recently heard a woman in a public meeting say that she would be “amiss” were she not to fulfill a duty of hers. She meant to say “remiss” and sounded, to me, like a fake in her sloppy word use.)

My art-critic friend, the one who characterized flowers in vases and picturesque fields with the obligatory red barn in the background as “insipid,” was using the second-tier, expanded-to-include-the-eyes-and-not-just-limited-to-the-tongue definition, was being precise in her language.

But wouldn’t be nice were we to have enough background and training in language itself to know that “in-sapidus” is about the world’s worst cup of coffee and not about an amateur’s watercolor rendering of daffodils in a garish vase?