Last night, the two adults who live in my house, i.e., my spouse and myself, went to participate in our town’s annual town meeting. We left our children home.

When I was young and left “in charge” of my sister, who is two years my junior, we’d usually end up in the kitchen inventing new recipes by putting together ingredients that have been segregated forever and for good reason. Cocoa powder, sour cream, and Triscuits have no business spending time together.

In our creative defense, we did “invent” a gum refresher made from green food coloring, peppermint extract, and sugar. The idea was once your gum lost its flavor, you pop one of these “flavor refreshers” into your mouth, incorporate it into the gum by vigorous chewing, and Viola, your gum is minty again. (As peppermint extract isn’t inexpensive, we bagged going to the patent office when we predicted that people would rather have a less expensive new piece of gum over a more expensive, flavor refreshing blob made in some suburban kitchen by two bored pre-teens.

While my four children, who range in age from 9 to 15, sometimes end up in the kitchen–one recent creation: banana pancakes made with three bananas, four eggs, and less than a cup of flour, i.e., a banana omelette–they often end up having brand new experiences in the absence of their parents.

As we sat among five hundred other townspeople, both of us received texts on the “status” at home. The 15 year old reported that the 11 year old had gotten hair dye in his eye but that it was “going to be OK because the white part still looks white and he can still see.” The eldest child offered no explanation as to where they got hair dye or how it managed to get into the 11 year old’s eye. And we didn’t ask either.

Then the 13 year old sends a text about the dog who, reportedly, was bleeding “a lot when she came inside.” I had to ask about that. My 13 year old hypothesized  that it was either barbed wire, of which there is none near our house, or coyotes, of which there are some near our house but not close. Then my daughter went on to report, “She’s bleeding. The cut does not appear to need stitches as far as we know, There is blood on the floor in multiple places which are attempting to clean up.”

That’s my girl: Tell your parents that you’ve diagnosed the dog as not in need of immediate medical attention and that you’re mopping up the bloodbath.

There’s that moment, as a parent, that you think that you really should go home and address the problem but then really would rather stay out and away from the chaos. If you’ve been in that “tipping point” moment, you know what I’m describing. Last night, we decided to stay put and continue to participate in the town meeting.

We departed from the meeting around 10:00. When we got home, all was quiet. I didn’t wake my 11 year old to inspect his eyeballs. The dog had a very small laceration on her cheek. Seemingly, I might have read more drama into their texts than what was intended. Though in my defense, she did mention coyotes.

I asked my spouse, “How come we miss all the fun when we are out?”

He said, “Clearly there wasn’t enough to keep them in the kitchen making up new recipes.”

While this may be true, I think it was his way of telling me that I should get to the grocery store today. I think I’ll pick up peppermint extract and see what they might do with that the next time he and I are out for the evening. 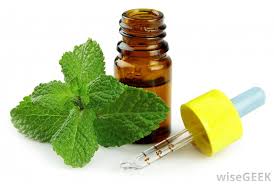 5 thoughts on “I Must be Doing Something Wrong”