Skip to content
Posted on January 1, 2018 by Jenna Brownson 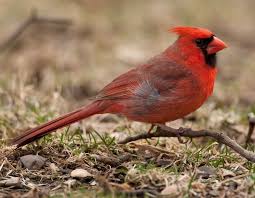 The best part of being a member of a group is the access to its privileges.

As an American, I have a shared understanding of the ideals upon which our nation was built and the rights afforded to those of us who are, by birth or naturalization, part of this group. (The unbiased implementation of these ideals still alludes many of us, but the existence of the ideals must precede any practical application of them.)

As a lawyer, I have an extensive training relative to how “the law” functions as well as a certain level of respect and/or contempt for my chosen profession.

As a practicing Buddhist, I have a connection to others that transcends identity, place, time, and even species.

The most remarkable component of being a member of a group is the unique language that invariably accompanies the group’s ability to communicate with one another and, conversely, to exclude non-members. This inclusion/exclusion dichotomy is neither good nor bad, but rather came into existence organically and is sustained through reinforced usage.

Families have their own exclusive language as well. In my family, I experience the privilege of interacting with five others using a specified structure of words and phrases that express concepts that are otherwise beyond the ready understanding by non-group members.

When my youngest was four, maybe five, he took notice of a male cardinal and labeled it a “red jay.” Though smaller than a blue jay, the general shape and structure of the birds is  not dissimilar. (While experienced birders and ornithologists would disagree with this assessment, giving credit to a pre-school child for drawing the fair comparison is not unreasonable.) 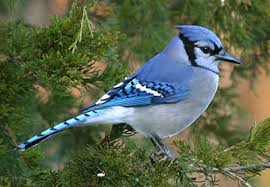 And now, even years later, when members of my family see a Cardinalidae, we continue to call it a “red” Cyanocitta cristata. From that personal attribution and with that label, the six of us become more deeply entwined in our exclusive use of a naming term that is uniquely our family’s.

Red jays are to our family as the Noble Truths are to Buddhists, the Dormant Commerce Clause is to lawyers, and Freedom from Unreasonable Search and Seizure are to Americans. If you are a member of any of those groups, you are both eligible and expected to comprehend what those words mean. Thereafter, your comprehension of and those concepts permit your barrier-free communicate with the members of those groups.

Were I to go to Malawi and try to hold a conversation about the 4th Amendment, it would be incomprehensible without further explanation. Among a group of software engineers, the notion of regulating, among the states, the manner by which goods are moved among them is not only wholly uninteresting (side note: many lawyers would agree with this characterization) but also incomprehensible without further explanation. Without a foundational understanding of the tenets of Buddhism, a non-practitioner will glaze right over when suffering is mentioned.

Language is the bedrock of inclusion/exclusion. When we use the vocabularies of our group memberships, we expand our circles of comprehension and inclusion. Although being an American, Buddhist, lawyer defines me and allows me to speak with ease in the language of those groups, it is the language of my family that I deem most consequential.

My family’s language is comprehensible–without explanation–to six people. This language is fewer than twenty years old and remarkably has come to have a profound meaningfulness among six people.

You, too, have a unique and intimate collection of words and phrases that you and your family members share. Perhaps you’ve never considered this in any great detail. With the advent of the new year, I encourage you to pull from your collective memories the markers of your family’s language. The exercise should reinforce the inter-connectivity you have, through the simple application of words, to one another.

If you’re so inclined, please share one of your family’s “red jays” in the comments below.

Happy New Year to you and yours.