Skip to content
Posted on January 18, 2018 by Jenna Brownson 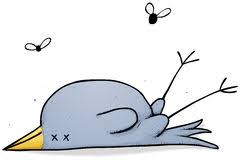 While I’m no expert in Buddhism, I do know that most practicing Buddhists make a concerted effort to “stay in the present moment.” They endeavor to remain unattached to what has already occurred in the past and not affix expectations to what has yet to occur in the future.

Buddhists focus on the here and now, sucking the marrow from each moment.

Originally, I figured were I to adopt a true focus on the present, it would alleviate any anxieties I might have about the future, primarily the “future” which includes my death. Come to find out that there is no escape from the considerations of death in Buddhism. In fact, Buddhists spend a great deal of time meditating on the impermanence of all things, themselves included.

In Bhutan, there is a common adage that each person should contemplate death five times a day. As Bhutan is 75% Buddhist, I’m not even remotely surprised that regularly thinking about death–primarily one’s own death–is encouraged.

But who wants to do that? Who wants to think about not being “here” with our families and pets and friends and stuff? What wants to consider where our ashes will be scattered or how long it’ll take for our bodies to rot? Who wants to picture the sadness left in the wake of the loss of the all important “me?”

I’ll admit that I do want to think of all of this.

But I got an early start with parents who spoke frankly about death. It wasn’t framed as scary; it was matter of fact. We didn’t “put or dogs to sleep;” we euthanized them. And euthanasia was not euphemised. “The veterinarian is going to give her a shot that will stop the beating of her heart. Yes, we are killing the dog, but we do so to end her suffering.” My children have been initiated into the “truth about death” club. No rainbow bridges in our house.

By choosing to major in philosophy, I was doomed to read the “big thoughts” of (mostly) dead, white men. A vast majority of these philosophers thought about and then wrote about death. While a few might have been Buddhist, I imagine most were not. (In fact, I would bet that most philosophers think of death scores of times in a day, far outranking the average Buddhist from Bhutan.)

As a student of Sartre, Kierkegaard, and Nietzsche and others, I, too, ended up thinking about death far more than the average coed. Here are some of their simple thoughts:

“I think of death only with tranquility, as an end. I refuse to let death hamper life. Death must enter life only to define it.” ~ Jean-Paul Sartre

” The difference between a man who faces death for the sake of an idea and an imitator who goes in search of martyrdom is that the former expresses his idea most fully in death while the latter really enjoys the bitterness of failure.”  ~ Kierkegaard

“To live is to suffer, to survive is to find some meaning in the suffering.” ~ Nietzsche

Fun times. Imagine that being the focus of four years of study.

Despite my own lean toward what most would characterize as “morbid” thoughts, I have gone ahead and purchased (yep, I made a $0.99 investment) an app called “WeCroak.” Every day, I get random reminders that I’m going to die.

While that one is a little more upbeat than the others, it still reminds the reader that death is an eventuality. Come to think of it and now with a closer inspection, that quote is a real slap in the face: it points out to all of us who consider ourselves as not particularly “interesting” that we will be forgotten in death.

These reminders–on how very insignificant we all are–brings us back to the meditation on our individual impermanences, and thereby our coming deaths.

Yes, we are all going to die. No, we’re not sure when. So why not keep ever present in our human minds the daily reminder that this is all very fleeting.

If you need help, it’ll only cost you $0.99 and a the little section of your mind where you have protected yourself from the thought of your future demise.