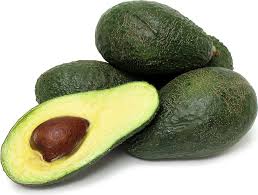 Recently, I had a late-night conversation with my spouse about the “psychology” behind consumerism and learned that when there is glut of any one item available for purchase that the average consumer will by more then what the grocery list calls for.

Rob illustrated the theory by using avocados. In essence, he asserted that if you walk into a grocery store where there is a display of hundreds of avocados, you are more likely to buy more than what you had planned to buy, that in seeing the sheer number of fruits available will, on sight alone, be enough of a “push” to get you to buy more.

Ok. I can get behind that. It could be the case that items in a grocery store are displayed to appear abundant because they already understand this psychology of consumerism.

But what happens when the point of purchase isn’t spread out over 60,000 square feet? What if I live in a place where I regularly shop at a small convenience store that stocks some produce and other fresh foods?

Here’s your chance to participate in a thought experiment.

Take these seven statements as facts:

Here is your chance to participate in the experiment. Think of a viable reason that would motivate you, despite the opportunity, to pass on what you needed for yourself. Why, if you needed five avocados and five avocados were available, did you chose to buy only three?

Now close your eyes and come up with an answer to that question.

I’ll presume that you came up one of two answers:

Alright, maybe you found another motivating factor, but I’d venture to guess it falls into one of the mindsets above, i.e., either an endorsement of cooperation or driven by fear.

Here’s what I find interesting:

The two options are so divergent from each other.

We went into a further discussion about why I would have left two avocado behind and why he would have. We tried to determine if female/male played a role. What about optimist/pessimist? Or even liberal/conservative. What drives generosity versus hoarding?

Unable to decide on a singular motivating force, we agreed that, with respect to the acquisition of food, gender played a part. As a woman, I’m much more inclined to do with less (fewer avocados) so that others may have a chance to do with some (a couple of avocados); as a man, Rob sees his role (at a very primordial level) as “protector,” that is, he avoided a potential violent interaction by not taking all of the avocados.

The biggest revelation from our discussion hinged on seeing my very clear motivation for buying only three and how completely foreign Rob’s motivation was for only buying three.

I left the other two behind so as not to feel like I’d deprived my fellow mini-mart shoppers of the chance to get an avocado; Rob left the other two as an “insurance” policy to protect his interest in not getting robbed of his stash.

I’d be curious to know YOUR motivation for leaving two avocado behind and whether your spouse/child/neighbor/friend is similarly motivated. If it turns out that you picked one motivation and your intimate partner picked the other, are you as shocked as I was?

6 thoughts on “The Motivating Force behind Avocado Acquisitions”