Yesterday afternoon I had a hard conversation. To be fair, it was less of a dialogue and much more of a monologue — an admission, a confession. It took me an hour to explain, what I considered to be, “the heart of the matter.” I wish I had been allotted more time, but time was up. I only had an hour.

It has been a challenge over the last many months ruminating on whether to say, out loud and with an audience, the contents of my tangled thoughts which had over time become weighed against the further complications of apprehensive emotions.

And I only had an hour.

I had been given an hour last week — also on Tuesday and at about the same time. Last week, I squandered away those sixty minutes on picayune topics. I can envision myself there — in that chair overlooking the street from the second floor — coaching myself to “Say it! Say it!”

I didn’t then. I told myself I had to yesterday with the argument that one ought not waste precious time. I resolved that one week of wheel spinning was enough.

From the same chair with a view of the world going by below, I verbalized — as best I could — what was happening for me.

I knew the words would eventually come. Today, I wonder what caused them to rise to the back of my throat yesterday, along with a flood of tears running down my face.

My suspicion for the catalyst: my yoga practice.

And I was warned. My Ashtanga instructor was clear about the “transformation” a daily practitioner undergoes as her physical self “opens.” She was sure to add to “watch carefully” because the spiritual self comes along for the ride, too.

She was right. And she probably underwent a “transformation” of her own — years ago. Or maybe even yesterday.

My guess is that the “transformation” is not the caterpillar-to-butterfly type. I’d bet it’s more the wind-and-rain-through-a-limestone-landscape type.

While both result in something beautiful, the latter takes a lot more time and patience — just like finding peace and a quiet mind on my mat.

I’m off to yoga now. It’s dark outside and the ground is covered in new snow. When I come out of the studio, the sun will be up. A new day will be here and my metaphorical wind and rain might make a small adjustment to the landscape of “me.” Or the weather could be calm for the next little while.

We all know it’s futile to get “upset” over the weather because there’s nothing you can do to control it.

I’m going to let the same axiom govern the evolution of my heart.

And next Tuesday, around the same time, I’ll see if the elements have brought a new dimension to the soft stone. 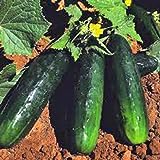 Post script: The only downside to my thoughtful hour was feeling regret for having eaten the last bit of cucumber in my salad for breakfast. (Yes, I eat a huge green salad — no dressing, just a 1/2 a salted avocado on top — for breakfast most mornings.) I could have used a couple of slices on my eyes this morning.

4 thoughts on “I (sort of) Appreciate the Warning”