I thought that this far into our “relationship,” i.e., on this my 83rd blog post, I’d let you know some things about me which may (or may not) be obvious after having read the previous 82 posts.

I was born in the winter of ’71 to an electrical engineer and nurse (both earned Master’s degrees) and was raised with a sister two years my junior in a smallish town in Massachusetts. The house we grew up in was, literally, built by my parents: they framed it, ran the pipes and wires, hung dry wall, and made furniture. I live in this same house now. My father died in the house (October 1998) and my mother — after remarrying in 2004 — decided it was too big and contained too many memories to stay. I bought out my sister’s “half” and have been here with Rob and our four children since spring 2005.

I took four years to study philosophy at Purdue University. I came back “home” and went to live in Boston after college for a couple of years while I worked at an after-hours hotline taking child abuse and neglect reports. I left the USA for two years to serve in US Peace Corps (1996-1998) in Latvia — former Soviet Block country on the Baltic Sea. I was a teacher of English as a foreign language in a small secondary school (7th-12th). My two years in the Peace Corps were two of the hardest and most rewarding years of my life. I speak Latvian — something of an endangered language with only 2.5 million speakers — and consider my site on the edge of the Baltic Sea my second home. Since finishing my service, I have been back five times. 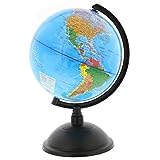 When I came home in July 1998, I did so to my father who was actively dying of pancreatic cancer. He was dead three month later. On his death bed, I promised to keep the house he built in the family. Rob and I will be here until either one of the children opts to buy his/her siblings out of their shares, or none of them wish to stay. For various reasons, if I could relocate without the guilt associated with breaking my promise to my deceased father, I would.

Rob and I will celebrate seventeen years of marriage in May.

In the midst of having two of those babies, I attended and finished law school. I went to work as a judicial clerk and then as a public defender. I went into private practice in the spring of 2008 (primarily criminal defense and some family law) and then joined forces with Rob (who is a licensed mental health counselor) to provide mediation services to families. Our main gig is helping people go from unhappily married to peacefully and civilly divorced.

I am a progressive, liberal Democrat who believes that I would fit in just fine in Sweden — save the language barrier. I think, like food, there’s plenty enough of everything to go around for everyone. Life is exceedingly short and to permit the suffering of others, even by tacit non-action, to me, seems a humanitarian tragedy.

I was brought to Congregational church as a child more out of an obligation my parents felt to provide me a “religious education” than out of any belief system they held. My own personal education, not the least of which was Sam Harris’s “The End of Faith”, solidified my atheism. I reserve the right to feel an affinity toward some Buddhist leanings but am comfortable with the notion that there is nothing after death which awaits me. Therefore, I behave the way I do now without the promise of reward or the threat of punishment. I endeavor to be kind and compassionate every day.

I am a practicing Ashtanga yogi and a vegan. We are raising our children vegetarian and have told them they are permitted to eat animals if and when the day comes they themselves can be present for their slaughtering.

My recent early morning energies have been put to writing. I have finished six full-length novels since the spring of 2014. I hope to find a literary agent and a publishing house who will take an interest in the theme of loyalty and betrayal.

Perhaps unsurprisingly, my stories center around a smallish, New England town. Strong female protagonists are woven in alongside flawed characters with struggles both obvious to others and churning inside them.

I intend to finish novel #7 by my 45th birthday. I have until the end of the month.

I’ll be having a kale and tofu scramble for breakfast.

Have a great day.