A month ago, I shared an experience of mine where I’d bumped into an old friend from whom I’d gotten the sense, over the last year and a half, didn’t want to continue any sort of friendship. It was awkward.

Then two weeks later, in the same public sports complex, I saw her again — from across a plexiglass-enclosed soccer field. My husband Rob went over and chatted with her husband and her. When he came back with no viable “intel” on whether we had been purposefully ignored by them for the last eighteen months, I took action. I emailed them both a link to my “Awkward” blog post.

And then we waited. Well, I waited; Rob waited on me to tell him what they said.

After what I considered a “reasonable” amount of time had passed, I shared my thoughts on the situation in another blog post. In that, I detailed how my anxiety level had ticked up to a new level and was now even worse than awkward.

Now a full month later, I’m not feeling much better about the whole thing. You see, I eventually did get a response — one which I have yet to reply to.

Because I’m not sure what to say.

I know: it’s hard to believe that someone with so many words could even make a credible claim of struggling to find words. It’s true though; I don’t know how to both clear the air and be honoring of her grievance with me.

I am facing a real dilemma. I use “dilemma” in the true sense of that word: having to choose between two alternates — both of which are equally undesirable. 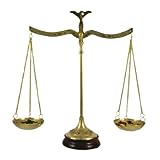 On the one hand, I can read her description where she labels and characterizes my “bad behavior” and allow space for her perception to be recognized. But in some ways, that’s not truly satisfactory. It’s sort of like hearing someone say, “I’m sorry you feel that way” instead of saying “I’m sorry I made you feel that way.”

On the other hand, I can dismiss the accuracy of her description or put other props into the remembered scene to mitigate how she saw it. And that, too, falls flat for it disavows her experience of it by calling into question how she chose to interpret it.

So even without the gritty details, you can probably see the dilemma.

There’s meaningfulness in making amends. I know this. But there’s also a part of me where my pride casts a shadow over my humility: a part of me where my desire to convince someone that my perception is more accurate and better remembered — essentially, that my interpretation is the true account of what really happened.

But that doesn’t seem fair.

If we all took that position, the bickering would be deafening and the isolation would be pervasive.

Who wants to fight and then be alone?

So, when I find the words — “they’ve got to be hiding in here someplace” — I’ll offer them to her. For now though, I’m still looking.

5 thoughts on “The “Awkward” Mirror”