I deserve either a medal or a public flogging. Yesterday I managed to be some odd incarnation of myself. Possessed with the spirit of awful, I went off the rails twice: once with the 15-year-old and once with the dog; and to complete the “bad things come in threes” truth, blew it with my son–on his 11th birthday.

There aren’t too many days when I look at myself, in my role as parent, and ask whether I have any business calling myself someone’s “mother.” Fewer are the day that I wonder whether others look at me and feel pity for my poor children who are stuck with someone so “unfit” for parenting. The former happens about twice a year; the latter once every five years or so.

Yesterday was one of the rare days to feel shame and self-loathing, to go to bed heavy in guilt, and to awaken to the looming disappointment that today is not “a new day and things will feel better,” despite my spouses assurances.

While it’s tempting to play the “relativism game” and compare myself to chronically abusive and tyrannical parents of rumor or popular culture to make myself “feel better,” I won’t.

I don’t feel any better in comparison to them. Instead, I feel like one of them. 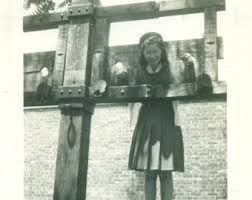 I won’t be receiving any medal from these horrific parents who might otherwise compliment my techniques of abysmal parenting. I won’t be dragged from my home to the town square and whipped for punishment.Instead, I will continue the self-flagellation until the intensity of memories fade, though I’m not sure just how long that will be.

10 thoughts on “Trifecta of Parental Failure”