Back on January 11th, I started a Facebook group. It was a proactive move to encourage thoughtful debate among the diverse women with whom I share a community. The only requirements for membership were: living in my zip code and being a mother. Our only rule mimicked Fight Club’s first rule, i.e., You don’t talk about Fight Club.

Topics have ranged within the breadth of national politics to more focused local issues. The discussion has also ranged from cerebral to snarky.

Just the other day, a member expressed her concern over the Fight Club rule being violated. So I felt the need to reiterate the rule and ask the women to be careful about speaking of the members and/or their opinions.

And as of this morning, several of the women have left the group. Some did so loudly with a post detailing their rationale. Others did so quietly. Their departures are their own. In a show of respect for them, I’m not going to chase after any of them. 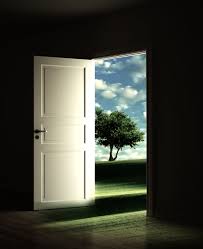 But the exodus leaves me wondering whether having established the discussion group was worthwhile to begin with. The purpose was specifically to bring women–to bring mothers–together to talk about controversial matters.

Because it’s so easy to rant and insult on social media when you’re hiding behind a screen and shouting at strangers, I figured that because we all see each other on a daily basis (at the grocer, gym, pharmacy, schools), we’d temper our commentary with that awareness.

Somehow though, that didn’t seem to work for everyone. In fact, it seemed that some women decided to leave because we share a community and have to see each other in all those public places. This makes me very sad, as it was the opposite intention to the group.

Without vigorous discussions, we cannot hope to learn from other. Without the opportunity to hear how and why someone else sees what she does from her perspective, we cannot hope to grow.Without an open heart, we only let in that which is already comfortable and welcomed.

10 thoughts on “And Only 66 Days Later, the Exodus Begins”