Last night, he was told “no.” He was not expecting that. Out of frustration with his parents, he threw a cupful of cold water onto his supine 13-year-old sister (who was in the bathtub) when he went into the bathroom to angrily brush his teeth. I called him out on his “kick the dog” behavior and told him to go to sleep. When I clicked off the light, he was sitting upright in bed assuring me that he wasn’t going to go to sleep.

OK Kiddo, two can play: “Give me your iPad.”

“Because I don’t want you sitting up in bed and playing with it.”

Through tears, he handed it to me and said, “I never play with it at night, and now you’re confiscating it?”

I tried using adult semantics to assure him that I was not confiscating it. He saw right through my verbal gymnastics and broke into more tears. (Side note: his 8-y.o. brother is on the top bunk and the sort of kid who cannot fall asleep knowing his big brother is upset.)

I head up to bed. While brushing my teeth, I hear my iPad-less, tearful child outside my bedroom.

Here’s my chance to talk in gentle words and encourage my child to understand my point of view, get some sleep, and we’d talk in the morning.

Stubborn as he is, he appeared to be listening. However when I told him to go to bed. He curled up into a tight ball and kept on whimpering. I got into bed, read for a while, and directed him to go downstairs to bed.

I told him he’d lose something.

I gave him one more chance.

When I announced he would be staying home for his first soccer practice, that got him moving and his volume turned WAY up.

Before my spouse turned off my bedside light, I encouraged him to play “good cop” and smooth down our child’s rough edges so that we all could get some sleep. 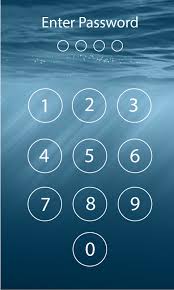 When I tried to turn on my phone this morning, I found the screen locked and a request for my password. I don’t use a password. Ever.

Tim Cook and the FBI flashed in my mind. I considered the thought that the new-to-me, used phone I just got last week had some sort of glitch.

Then, it dawned on me: my 11-year-old sabotaged my technology because I’d taken away his iPad.

Low and behold: When I entered his four-digit password, the screen unlocked.

It’s still early in my house. Everyone is asleep and I’m leaving for yoga. While many parents might wake their manipulative child and take him to task, I’m going to skip that.

Because he did what I would have done were I an 11-year-old boy in 2016. Were it 1982, I might have swapped out the sugar with salt or put plastic wrap over the toilet bowl. With technology being what it is, his behavior was reflective of the times.

I might not say anything at all, in fact. Why? Because in one small way, that being I knew his password, I beat him at his own game.

I returned from yoga to find a note on my laptop. It read:

Maybe not such a mean kid after all.

4 thoughts on “What to do with a Challenging Child”