Skip to content
Posted on May 6, 2016 by Jenna Brownson

To hear others expound on the merits of small town living, you’d be convinced of the perils of living in either bucolic isolation or city anonymity. If you and your family are off-the-grid, homesteading in Idaho you could be eaten by a pack of rabid wolves months before anyone might happen upon your compound. Choose to reside in some metropolitan block apartment in Queens, and your corpse could be well into being devoured by your half dozen cats before anyone thought to come looking for you.

Such is not the case in a small town. If you are a proud Smallvillager and you die, the authorities know within twenty-four hours.

And once the word gets out you’ve died, everyone knows — unlike in Idaho, where you didn’t have any neighbors or in Queens, where people are too busy to notice.*

How does this fly in Smallville?

Generally? People rally. There is a core of folks who spend hours upon hours planting lawn signs, creating eye-catching postcards, promoting their candidate(s) on social media, and making calls to get out the vote. I’ve been doing this over the last week for two friends who are running for office. It is exhausting and exhilarating.

The only thing that was missing over this last week was some effective troll repellent. 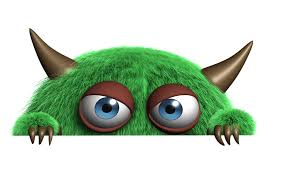 These troll have been coming at the well meaning candidates with such toxic vitriol that I have both cringed and shaken my head in disbelief over their rage. While the balance of the comments and feedback have been positive and supportive, it can take one simple yet awful troll maneuver to throw a huge (emotional) wrench into the well-oiled campaign machine and ruffle the candidates and their supporters.

Seeing as though we don’t have a way to rid ourselves of these trolls–as there is no real way to kill anger borne of rage and ignorance–I think there are two ways to deal with them:

Years ago, when I was faced with a particularly formidable force who I full well knew couldn’t be ignored, I offered up a coffee. And to my surprise, the person I’d pigeonholed into a convenient stereotype surprised me by not fitting into the box I tried to use as an enclosure.

While my olive-branch coffee offer worked out, the vast majority of trolls are better off ignored until someone comes up with a decent repellent.

POST SCRIPT: I think I may have come up with the perfect blend for a formula which would be 100% effective in getting rid of trolls: 25% compassion and 75 % truth. That blend ought to combat both their rage and their ignorance.