“Provocative” is one of the greater words to which we have access as speakers and writers of English. Like most words, it has multiple definitions. Unlike most words, it has two separate and seemingly opposite meanings: 1) causing annoyance, anger, or other strong reaction; and 2) arousing sexual desire or interest. The both variations share one thing: the provocative action is “done so deliberately.”

In knowing both flavors of the word “provocative,” I had long considered the two polar opposites. It seems impossible for someone’s deliberate actions cause either “anger” or “sexual arousal”?  The two definitions were always separated by a Chinese wall with Kim Basinger stripping to “You Can Leave Your Hat On” in Nine and a Half Weeks on one side and Donald Trump, at the podium, barking commands to his followers on the other side.

It is important to keep those things which arouse desire far away from those things that make you so angry and annoyed that you want to strangle someone.

Unless you can’t keep them separate because you have come to know that “The Political is Personal.”

As a feminist, I believe that much of our social interactions are driven by being either “it” or “the other.” My education in both existentialism and feminism–coupled with sociology and law–lends itself to the constant viewing of human encounters through the multi-faceted lens of individual experience, gender, cultural norms, and justice.

Over the last few weeks, I have written extensively, and existentially, in the vein of the “political,” e.g., about the lawlessness employed in small town political campaigns, about failing to speak up when one is charged in doing so, and about the upshot when one chooses to exercise the “silent option.”

I’ve also written quite a bit about the experience of being female. Whether it was an essay on the need to advocate for the inclusion of women, the notion that feminism and nudity are not necessarily mutually exclusive, or how aging as a woman is no easy task, I have expounded on what it means to be female in this time, i.e., 2016, and this place, i.e., small town New England.

And last week when I blended the political and the personal, there was a strong reaction. By critics, I was seen as a “pot stirrer,” a “bear poker,” a rabble-rousing troublemaker who was deliberately going out of her way to be “antagonizing.” To my fair reading of the critics’ comments, I was being called out for being provocative. Though no one used that word, it was clear to me that the critics had come to the the consensus that I ought to have just keep my pretty, little mouth shut and not write about my observations of the ugly intersection of politics and gender.

As these essays have been existential in nature, by definition, what I have shared has been all about my personal experiences and observations. No one can rightfully–or even rationally–claim that I “got it wrong.” Certainly, critics are free to complain about my perceptions not aligning with their own, and detractors can take the time to write thoughtful “op-eds” to what I have asserted.

In the many months that I have been blogging, I have found that only a very few have chosen to respond by constructing a “counter-point” to my initial “point.” This isn’t surprising to me: Essay writing is time consuming and takes concentrated cerebral effort to formulate an argument that rests on a foundation of critical thought and logic. While the option is there, it’s just easier to slap a quick label on my words: “antagonizing,” “pot-stirring,” “bear-poking” “bitch.”

Does this make me “feel good?” Not really.

But neither does “keeping my pretty, little mouth shut.”

I can safely assert that what you’re going to find here will be consistently viewed through that multi-faceted lens of individual experience, gender, cultural norms, and justice.

If that’s not what you want to read about, then don’t. If you have come to conclude that my words are divisive and destructive, just stop reading. No one is forcing you to go to a place where you end up feeling uncomfortable. Surely, I don’t want that for you.

Life is too short to run around feeling angry and annoyed by someone you don’t know and have already written off as being little more than a voice that seeks to divide.

For the rest of you, I thank you for reading and being willing to hear about my own personal experiences. Every time I write, I try to draft something that will be of interest. There are days I know I’ve hit the mark and others where my writing has bordered on the mundane and common.

Frankly, I’d rather be provocative than insipid. Thankfully, I have come to believe that the majority of you prefer to read those sorts of essays as well. 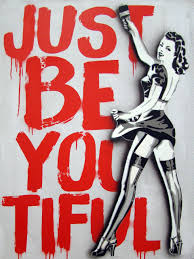 7 thoughts on “On Being Provocative”