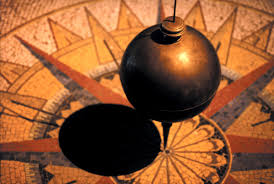 I’m always cheered when I come across a collection of words that can have multiple interpretations. Shades of meaning, nuance, literal versus figurative attribution–all of these make the navigation through language an adventure-filled discovery.

Over the last many years–though primarily since I’ve been writing in the past two–I’ve come to know myself better. Spending the amount of time I have expounding about the conflicts and flaws of my characters has been therapeutic. If writer’s write “what they know,” then it’s not outrageous to conclude that I know a lot about loyalties and betrayals.

In every story, I have characters assessing whether the choices they made were right and whether they ought to, in any given moment, choose X over Y, or do nothing at all.

Near paralysis borne of fear and worry. That pretty much sums up the challenges they face. This comes as no surprise as this is how I live through most of my days.

Loyalty and betrayal are on opposite swings of the pendulum.

In my writing and in my daily experience, nothing interesting happens “in the middle.” During the swing time, as the kinetic energy builds up, the tension increases. At the top of the swing, the bob stops, albeit only for a split second. It is in that micro second when something happens, something breaks, loyalties are tested, fear is exposed, walls crumble, betrayals reach their ripest state.

In that fraction of a moment and at the extremity, wonder and terror are equally balanced.

This is where my mind dwells and where I live: at the top of the pendulum’s swing. When everything slows for long enough to feel a clamping of anxiety around my heart and a flooding of thoughts rush through my brain.

Living on the swing of a pendulum is no easy task. A tremendous amount of cerebral energy goes into constantly apprising one’s life and wondering how it could be better–in whatever random and arbitrary way one might choose to assign parameters and merit to “better.”

Because what if “better” never happens? What if, in relative or existential terms, I never attain that success? Could it be that I’ll look back and say, “Well, that was a waste of a life:  Your life, you foolish person with nothing to show.”

This sort of fatalistic thinking might sound like a midlife crisis. It might be. But if it is, it’s been going on for years, though I’ll admit has intensified through my habit of writing.

And this brings us back to that “point of suspension.”

The point of suspension” allows us to let go of the edge of the boat and swim out to the deepest part of the lake with the fear of sharp-toothed fish and giant water snakes coursing through our thoughts as we take the next breath and confident stroke. The middle ground of the pendulum’s swing is akin to staying in the boat. While there is safety in that, there is no extreme.

To my mind, that’s where life happens: at the top of the swing when the bob stops long enough to permit fear and doubt to surface.