Not everyone who chooses to read this blog, either here or elsewhere on social media, will agree with my thoughts and opinions. I don’t write about hearts and flowers and unicorns. Cute puppies and crock pot dinners don’t interest me.

From the start, I have written about loyalty and betrayal. What readers have found here–and at The Huffington Post, elephant journal, Google+, and Twitter–is my consistent stream of consciousness through the lens of existentialism, feminism, and social justice. I write about my life, my observations, my reflections. I write about my experience.

The blogging I’ve done since October has been highly personal. I have received countless compliments for my “courage.” I don’t feel “courageous” in being honest about my experience, though I do sometimes wonder what people might think of me–personally–with the ability to read, what in many ways, sounds like “Dear Diary . . . ”

While the vast majority of comments have been positive, some have been confrontational and a few have been negative. I figure that those readers who by personality, perspective, or predilection would find my writing not in concert with their world views wouldn’t bother taking time out of their lives to read something they know is going to contradict their thoughts and opinions.

Well, I am wrong in this assumption. From the start, there have been readers who haven’t liked what I’ve had to say. Some have read my words and labeled them as “offensive” or “condescending.” There are people who have said, “I would never say that” and “Why you continue to put yourself out there is simply beyond me.” There are people who have told me to “just stop.” 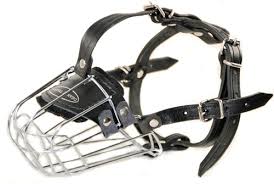 While I could get into a protracted legal argument over First Amendment rights and other freedoms of expression which could easily win the day, I will, instead, again, make the point that when I write I do so from my perspective. My upbringing, my education, my filters, my bias, my personality, and my experience inform what I write. It would be not only impossible but also unreasonable for me to write something that would “please all of the people all the time.”

And herein lies the main struggle of anyone willing to put themselves out there: invariably, someone is going to get upset. In fact, “really pisses me off” was some recent feedback I got to something I wrote.

I reread the specific blog post that this pissed off reader asked me to take down. When I wrote it, I was careful not to identify anyone by age or by gender. I made no referential statements other than to the approximate time that a past event occurred. I could have been ultra specific in my account of my experience. I could have been exceedingly descriptive. I actively chose not to. I made that choice not because I was trying to obscure the facts but rather in recognition of the existential reality of my inability to “know” the other person’s experience. The criticized blog post is infused with my own speculations and presumptions about the other person’s experience because, as a matter of individual experience, I cannot “know” what that other person’s experience is. I could only reflect on my experience and share my thoughts–which is what I did and which is what I will continue to do.

I have been writing fiction for over two years now. I have seven full-length manuscripts. I am working on an eighth. I have written close to a million fictional words. Today’s blog post–the 188th in 260 days–adds another 618 words to the approximately eighth of a million found here.

I have lots still left to say, and I’m nowhere near running out of words.

6 thoughts on “Cease and Desist? Not just yet.”