Skip to content
Posted on August 19, 2016 by Jenna Brownson

The last weekend in July was spent doing some things that I normally avoid: sitting in the sun without SPF protection, eating too many sweets, and complaining about a pulled muscle. I wasn’t really bothered by my cavalier, gluttonous, and self-pitying behavior because August was starting on Monday along with my intention to have a purposeful and productive month. 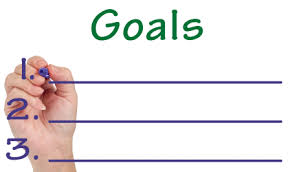 August was going to be different. It was going to be a “good month” because I was setting goals. I had objectives. I had an outline. My mapped-out intentions would magically transform my former patterns of cavalier, gluttonous, and self-pitying behavior into cautious, austere, and self-endorsing sentiments.

I had made grand pronouncements before and had been able to follow through on those. Why wouldn’t this time follow suit? It was August after all, which happened to start on a Monday. Double bonus for my fresh-start goals to be put into action.

Nineteen days into this, I’m giving myself a solid B. I have been able to implement some of the life-changing, foundation-shaking, perspective-shifting goals I’d set. But to be honest, those were the ones which didn’t take a great deal of effort. Those only asked for a mindfulness and a bit of effort to execute.

I guess having said that, I’m going to have to downgrade my performance to a C.

Not that a C is anything to be ashamed of, I’m not used to getting a middle-of-the-road grade on things I had such good intentions about. I was an A/B student in high school and college and an A student in law school. I have touted the idea, time and time again, that “If it’s worth doing, it’s worth doing well.”

And herein lies my escape route: If my performance level is merely adequate, i.e., a C, I might as well stop trying to meet these goals because clearly I am unable to:

So why bother setting goals?

Good question. I think I set goals to remind myself that I am not done with me. I haven’t gotten to a point where I can look at myself and say, “Well, you done good. Mission accomplished.”

Some might say that my inability to “accept myself” is a failing, that in some way it shows that I am disappointed in who I am, that I’m not comfortable in my own skin. And to be fair, there are days that I have those thoughts and feel those emotions.

But the quickest way out of that pool of self-loathing is sitting down and making a list of goals–regardless of whether they end up getting a grade higher than a C.

There are thirteen days left in August. I’m going to try to make the best of them. And if it turns out that I can’t pull my C into the B range before the end of the month, there’s always September.

5 thoughts on “There’s a Hole in the Bucket(List)”