Skip to content
Posted on September 15, 2016 by Jenna Brownson

In any average day, you can find me reading non-fiction essays that focus primarily on erudite topics that integrate philosophy, social justice, feminism, politics, creativity, and mindfulness. These writings infuse my thoughts and percolate for a while, then after some time and distillation, they shed some parts, merge others, and emerge after being  translated through the vernacular of my own experience.

On any average night, you can find me with a stack of novels reading a chapter or two from one before opening another to do the same. Right now, I have five I’m working through contemporaneously. This reading for “entertainment” is not unlike, in my opinion, flipping channels on the TV, which I long ago retired from. I tend to read what I write, i.e., stories about complex adult relationships wherein the struggle centers on loyalties and the inevitable and devastating betrayals that follow. There are times I think to myself after coming across a particularly interesting and well described crisis, “You should explore that scenario in your writing;” there have been just as many times when I have come across a scene or situation which closely mirrors something I’ve already written. (This experience is both endorsing and deflating.)

There is nothing “new” out there, and yet we look to others to expand on ideas and deepen an understanding and exploration of something with which we already have a familiarity.

A deeper dive into that ocean. 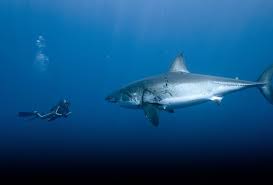 In today’s reading I came across a 1847 quote from existential philosopher Soren Kierkegaard wherein he explains how he copes with his detractors and critics:

Mr. Kierkegaard–seventeen decades ago–encapsulated for us both the concept of “haters gonna hate,” which I always took as a summation of one’s inability to change the hearts and minds of others, especially those convinced of the “truth” behind their human, i.e., imperfect, perceptions, and how the recipient of “hate” ought to parlay it into an endorsement of self-worth.

Well how’s that for turning victimhood into agency? Instead of wallowing over being seen poorly in the eyes of others, this great philosopher suggested that there is truly a thin line between hate and respect.

Spending any iota of energy to get up on one’s moral high-horse and spread “hate,” shows an investment in outcome, an interest in opinion, and a willingness to engage–even if said engagement smacks of bullying from the pulpit of self-righteousness.

So to the critics out there, I’m onto you. The fact that you took the time to critique tells me you respect me even if you proclaim–teeth clenched and louder than polite–that you don’t.

(And don’t think for a minute that I’m not aware of the same argument applying to my critique of your critique. I’m just as much a culprit as you.)

2 thoughts on “Victimhood, Agency, and a Discovery”