Skip to content
Posted on October 27, 2016 by Jenna Brownson

With Halloween coming soon, I find it no small coincidence that I would have been recently visited by a ghost. Not an actual spectre–for those of you who believe in these middle-ground dwelling creatures–but a metaphorical one. 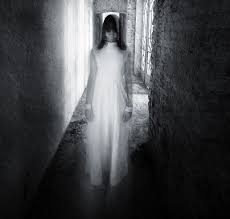 Over the course of long-term relationships, we have the opportunity to not only learn a great deal about the other person but also many things about ourselves through the (relational) lens through which that person perceives us. Unlike an acquaintance or even a friend, when one shares decades of  his/her life’s experience with another, there is a potential for a deep and profound (almost) co-experience. With this enmeshment, there is the chance to be truly seen and understood. With this entanglement, there is the risk of being truly betrayed and hurt.

Luckily when egregious behavior happens within the confines of these sorts of hyper-vulnerable relationships, the potential for forgiveness is greater thanks to the retrospective long-term investments of both time and intimacy. Since life is short, it’s simply harder to walk away knowing that the “breakup” would be–in financial terms–a forfeiture resulting in bankruptcy. So we stay and look for ways to mitigate the matter; we may even try to reapportion the blame by telling ourselves that relationships are “two-way streets.” If the original wrongdoer can convincingly persuade the hurt party “never again,” then all the better. (Though didn’t someone once say, “Never say never”?)

And aren’t we humans creatures of habit?

While some considered it conventional wisdom that “old habits die hard,” I don’t think old habits ever really die at all. Instead, they live a ghostly existence and wait for the chance to visit. So as much as any one of us might act surprised–might say, “Oh, you scared me. I didn’t expect you”–we are foolish to think that the ghost of betrayal wouldn’t come back.

In fact, if one looks closely, I bet the ghost which visits you (as you relate to Person A) is the same one over and over. (The ghost between you and Person B is specifically tasked with haunting that pairing.) I have my own experience of being haunted by the same ghosts who linger between myself and any one of the handful of people I have grown close to over decades.

Now think of what comes between you. I’m going to bet that the ghost that takes up the space between the two of you (the space that cannot ever be filled by either time and intimacy because you and that person–no mater how “close” you are–are still separate entities) has been the same ghost year after year.

And while you may try to analyze the ghost and make rules around how that ghost must behave (you can’t kill it off; it’s a ghost), you are stuck with the same immutable ghost over and over again.

Years may pass between sightings, but do not think that this apparition will ever go away completely. In fact, you may just be better off not fighting against its future appearance and instead be willing to greet it with a familiar, though annoyed smile.